JacoBlog - Jacobs Media's Blog: Are You Getting Engaged?

Are You Getting Engaged? 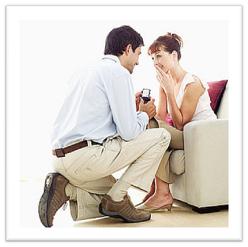 Spring is in the air, but sadly, engagement is still a rarity… when it comes to Facebook and many radio stations.

This may be due to the rising belief that other digital tools – namely email marketing and paid search – are more effective. Or that maybe it's not about making money on Facebook.  Maybe these social media avenues are more about  people connecting to people than they are about companies serving up ads.

A new white paper – the “2011 Social Media Marketing Industry Report” – interviewed 3,300+ marketers about their social networking goals and challenges, and in the process, raises many issues about the role of Facebook, Twitter, and the like in the marketing process.

Here are the #3 and #4 questions they asked:

“What are the best ways to sell with social media?”

“How do I improve customer engagement with social media?”

These are two very different questions, and they speak to the conflict that is occurring as many brands grapple with the true value of Facebook.

If you talk to our new digital/social media strategist, Lori Lewis, she’ll tell you that Facebook can be very effective at engagement with customers and building relationships.

But its value as a sales machine, serving ads and making money from thousands of “likes” may be misunderstood or certainly premature.

A new Forrester study suggests that she’s right.  (Hey, that’s why we hired her.)  Their research analyst, Sucharita Mulpuru, writes in a report called “Will Facebook Ever Drive eCommerce?” that social media has less effectiveness for acquiring and retaining new customers.

Why?  Because people don’t go to Facebook to shop – they go there to “find other people, not to find a product.”

Consider that in the time you personally spend on Facebook.  Odds are that your interaction is mostly people-related.  Now while Facebook execs may push back at that and claim that a recommendation from a friend might influence you to buy a product or shop at a store, most people are there to chat with each other and interact.

But can Facebook encourage you to listen to a radio station?

That's at the heart of many strategic debates, and it raises the question about the true value of Facebook for media brands, and specifically, how can radio benefit from a Facebook presence?  If you think about Facebook as a place where relationships are formed, nurtured, and developed, then you are closer to truly benefitting from your efforts. 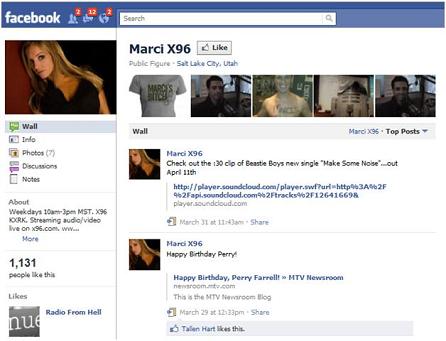 So if you accept the notion that a site like Facebook is about people, it logically follows that this is an area where radio has inherent advantages – if it wisely uses them.  That’s because the core of radio’s appeal historically – and certainly in a media cluttered future – revolves around its personality.

This spring is in fact a good time to get engaged… with your audience.  A review of your social media strategy is the smartest thing you can do with a few free hours and a bright team of station staffers.  Let us know if we can help that process along.

It is time to get engaged.