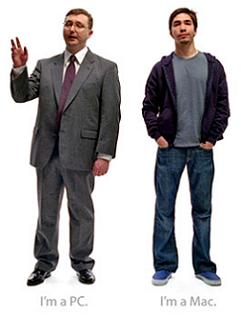 We are truly living in incredible times.  If you need any more proof of that, the ongoing battle between Microsoft and Apple is a case in point.  Apple has taken it to Microsoft in countless TV commercials, painting its rival as doltish, fat, and incompetent.

The debate took an interesting turn recently when comments from Bill Gates were contrasted with those of Steve Jobs.  And that brings up an important question that has relevance in radio programming and innovation – what’s more important – art or science?  Speaking at a National Governors Association in late February, Gates made the case that America’s dwindling education budget should be reduced for the liberal arts in favor of engineering because that’s where the jobs are.

Jobs, on the other hand, made his case at the launch of the iPad2 when he said, “It’s in Apple’s DNA that technology alone is not enough—it’s technology married with liberal arts, married with the humanities, that yields us the result that makes our heart sing, and nowhere is that more true than in these post-PC devices.”

Weighing in on the debate was Vivek Wadhwa, a visiting scholar at UC-Berkeley (among many other accomplishments).  Writing in The New York Times, Wadhwa talked about a Harvard/Duke research study he worked on that surveyed 652 CEOs and heads of product engineering at 502 tech companies.  He found that only 37% held engineering degrees.  The rest had studied in fields like “business, accounting, finance, health care, the arts, and the humanities.”

“Steve Jobs taught the world that good engineering is important, but that what matters the most is good design.  You can teach artists how to use software and graphics tools, but it’s much harder to turn engineers into artists.  Our society needs liberal arts majors as much as engineers and scientists.” 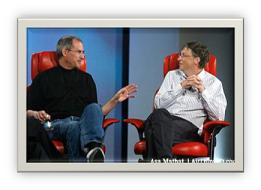 And when the discussion turns to radio, it begs the question about what type of programmer is most desirable in order to remain competitive.  Those who rely on science – Selector jockeys and PPM rules followers who insist on making every day sound perfectly consistent OR passionate, creative PDs who take risks, innovate, and push their brands into new areas?

Both types bring value to their stations, and ideally, great program directors bring a mix of left and right brain attributes: engineering and the arts backgrounds.

But innovation versus staying the course is at the heart of this engineering versus liberal arts debate.  You don’t beat Pandora by building the perfect jukebox.  The solutions that radio will need to develop will be born out of experimentation and innovation.

But if broadcast radio is to continue to be a topic of conversation and relevancy, I’m thinking that on this topic, Steve Jobs has the better plan.

Haven't the truly successful people/brands always been a balance of left brain/right brain? It's something I've always strove to do over the years. It's served me well. And quite frankly made the business more fun.

You are one of those people, Curtiss, who possesses both left and right brain qualities. Not everyone is as fortunate. Being able to appreciate radio from both an analytical and entertainment point of view is a pretty rare commodity, and it's one of the reasons you're so good at what you do. Thanks for the insight.

Daniel Pink, author of "A Whole New Mind" and
"Drive", notes that there's a new trend in corporate America to hire candidates with Master of Fine Arts degrees rather than MBA's because MFA's are more creative thinkers.

Advice for a multi-dimensional world:

"No mechanism can approach perfection without first being a work of art." -- Ettore Bugatti, automotive immortal (1881-1947)

Thanks, gentlemen, for the wise comments. In Buggatti and Pink we trust. Appreciate you reading our blog.

there's a new trend in corporate America to hire candidates with Master of Fine Arts degrees rather than MBA's because MFA's are more creative thinkers.