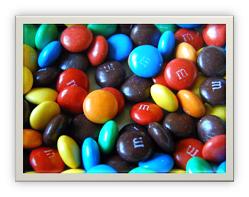 A recent This American Life show hosted by the incomparable Ira Glass opened with the story about how Van Halen would demand the removal of brown M&Ms from the band’s backstage catering demands, divas that they are.

It’s a story that probably everyone in radio knows about, but what about the reason behind this item in the band’s contract rider?

With some research at Snopes.com, Glass discovered that while this story is actually true, there’s an important reason why Van Halen made this demand.  The brown M&Ms dictate was the band’s “canary in a coal mine.”  It was a way to quickly learn whether the concert venue had actually complied with the long list of Van Halen’s technical, legal, and security requirements.

“Van Halen was the first band to take huge productions into tertiary, third-level markets.  We’d pull up with nine eighteen-wheeler trucks, full of gear, where the standard was three trucks, max.  And there were many, many technical errors – whether it was the girders couldn’t support the weight, or the flooring would sink in, or the doors weren’t big enough to move the gear through.

The contract rider read like a version of the Chinese Yellow Pages because there was so much equipment, and so many human beings to make it function.  So just as a little test, in the technical aspect of the rider, it would say ‘Article 148: There will be fifteen amperage voltage sockets at twenty-foot spaces, evenly, providing nineteen amperes…’

This kind of thing.  And article 126, in the middle of nowhere, was ‘There will be no brown M&M’s in the backstage area, upon pain of forfeiture of the show, with full compensation.’

So, when I would walk backstage, if I saw a brown M&M in that bowl…well, line-check the entire production.  Guaranteed you’re going to arrive at a technical error.  They didn’t read the contract.  Guaranteed you’d run into a problem.  Sometimes it would threaten to just destroy the whole show.  Something like, literally, life-threatening.” 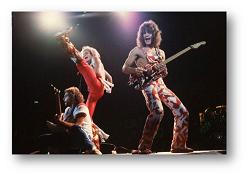 Pretty ingenious.  And Roth enjoyed the rumors that supported the band's uber rock star status.  But the truth behind the brown M&Ms legend is an object lesson that the devil is in the details.  And in this fast-paced, A.D.D. time in which we live, who has time to read the fine print?

To succeed in 2011 demands more of us than ever before – time, the ability to learn new things, open-mindedness, and…attention to detail.

So often, we see stations that are involved in a myriad of different social media and promotional activities due to client and industry demands.  And yet, the core product suffers because there’s not enough attention to the little things, those nasty details.

Whether the request lines go unanswered, the tickets never made it to Will Call, or there was a misunderstanding with the client about a jock appearance, adherence to the basics is the foundation of client and listener service.

Your music can be tested, your audio processing can be pristine, and your studio can be state of the art.  But if you miss the little things that enrich the listener/advertiser interface, and fail to check and recheck those details that can kill you. 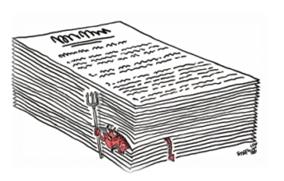 I am occasionally asked about the qualities that make a great PD.  And while there are many attributes and requirements that are paramount to success, it’s the programmers who are constantly on scan - always thinking about “What can and will go wrong?” -  who are often the biggest winners.

They take the time to read contracts carefully.  They study sales orders, promotional requirements, programming and commercial logs, the website, blogs, and tweets.

It’s the little things that matter.

And watch out for those brown M&Ms.

GREAT read, Fred. I remember (since the advent of digital delivery systems like AV and NexGen) fellow PDs in our clusters sort of ribbing me for going through the next day's loaded logs (music/imaging/spots) to check every hour for missing elements, for tweaking & tightening music-imaging-music elements, re-stacking stopsets for the best sound. I've even gotten some strange looks when talking about editing and massaging every hour of each day's Selector logs (not spending hours doing it), for spending around 30-45 minutes each day on tweaking, double-checking, etc. My response was always "if we want the best 24 hours of content possible, isn't it worth around an hour a day? I'd love my stock portfolio to deliver that kind return".

I'd like to think it's why I almost never got frantic 3am calls about the log freezing up or being 25 minutes short of music or skipping elements. Our product is EVERYTHING- the Program Director is the executive director, producer, conductor and choreographer of the sound of our stations.

Right there with you, J.J. Tomorrow's log is 24 mini-paintings that need to be hand-crafted, tweaked, and lovingly cared for to ensure a great listener experience, serve the advertisers, & help make sure the DJs have every chance to win.

Thanks for reading, commenting, & contributing.

Over the years, I've dealt with a lot of "idea men." Unfortunately there are few that can take that seed of an idea and see it flawlessly through to fruition.

In reality, a great PD is a manager of details, no matter how small.

Don, that's what separates the good from the great. Think big act big. As Seth Godin reminds us, a notebook full of ideas means squat if you don't "ship."