“Don’t Hang Out With Knuckleheads”

That was the advice that Kid Rock gave the student body at Romeo High School during a surprise visit last week.

Yes, he gave $5,000 to his alma mater's performing arts program, but it was his advice to the students that really resonated.  As you’ll see below on the story written and reported by WXYZ-TV/Detroit anchor Stephen Clark, Kid Rock’s gift was his advice:

Those are great thoughts for high school kids, but they’re also applicable to all of us in our careers – and in our lives.

When I think back to the two employers I had before striking out on my own, I was fortunate to be with great companies and even better people early in my career.

At Frank N. Magid Associates, Inc., I worked with the best and brightest in broadcast research.  Magid was the leader in its field, supported by the fact that some of my co-workers included Jon Coleman, Bruce Fohr, Alan Burns, and Bill Moyes – all successful entrepreneurs and thought-leaders in their own right.

We worked for the best companies, too.  RKO, Hubbard, Bonneville, ABC-TV/Radio, Cap Cities, and many others.  They owned major stations in major markets, and we Magid guys learned as much from them as they did from us. 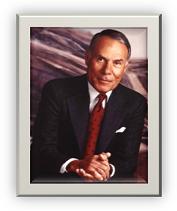 And the guy at the top – the late Frank Magid (pictured) – was truly one of those once-in-a-lifetime gentlemen who you felt privileged to learn from.  If it weren’t for Frank, the aforementioned names – and I – would not have been anywhere near as successful.

Then I was hired by ABC Radio in Detroit – WRIF – and later worked on the corporate side for ABC’s Owned FM Stations in New York.  During those years, the company was at the top of its game.  Some of my co-workers included Larry Berger, Tom Yates, John Gehron, Jim Smith, Tom Bender, the late Roger Skolnik, Jay Hoker, Nick Trigoni, Marc Morgan, John Hare, and many others, not to mention some of the best personalities in radio at that time.

And on the corporate level, there was the late and legendary Rick Sklar (pictured), along with Marty Greenberg and his financial wizard, Phil Giordano. Those seven FM stations (the limit in those pre-duopoly, pre-consolidation days) did some incredible things.

You see, I learned from some of the best, and am living proof that there are definite career and personal upsides to not “hanging out with idiots.”

Not everyone is fortunate enough to work for and with good people.  Sometimes you have to take a job for a company that’s not the best, a station that’s a perennial loser, or a boss who isn’t going to teach you much. Yet, many people have more control over who they work for than perhaps they think. If that's not part of the equation when you're weighing job change, it should be.  The company you work for is the company you keep.

Conversely, my bet is that as you look back at your resume, the better companies and the more professional people you worked with serve as career highlights - where you likely grew, advanced, and prospered.  Maybe you didn't make the big bucks, but working alongside great people is what grows careers and character.

We become better at our craft and ultimately better human beings when we surround ourselves with great people - those who occupy the flow chart boxes above and below our positions.  If you haven't done so in some time, thank the good bosses and wonderful employees you worked with at different stages of your career.  It will mean a great deal to them, and to you, too.

Kid Rock’s speech to his high school has deeper meaning for all of us, and applies to our broadcasting/media careers and our lives:

“If you start hanging out with knuckleheads, you'll be right in the knucklehead section the rest of your life."

Apologies to the great people I worked for and with who aren't mentioned in this post.  They are numerous, and I am sincerely thankful to you all.

Nice post Fred, hope you don't mind me sharing one of my career highlights here.

I had the pleasure of working with the late Al Casey when "Young Country" was launched in Detroit in 1993. Al was the first one to really believe in me and put me on the air in prime time with very little experience.

He had a unique and kind management style that earned the respect of the entire staff. He nurtured the on-air talent individually and made all of us better personally and professionally. I am lucky to have worked with him.

If he were still with us I believe he would echo your sentiments.

Thanks for the comment, Katie. We've all had good and bad bosses/mentors. We learn from them both, but I have to say that the great ones are the difference-makers.

I bet we all can point to one or two people who've made that difference. Would love to hear other stories like this.

Kid Rocks comments are good for life in general, not just business relationships.

Man. I have names that carry me thru each day in everything I do/create: A PD named Chris Hampton, who saw something in me 1977, and ran with it...and more importantly let me run with it...Scott Strong...Dwight Walker...Don Daniels...Larry Sharp...Bob Agnew...Lee Hammer...(oh. and without gettin too heavy, Shiva... Ohmmmmm)

AND, even the guys who "fired" me. They all did me an incredible favor. (of course I didn't see it at the time...) But in the aftermath, I always ended up in a higher-better place. Leason learned.

Thanks to those guys as well. I owe them too.

That would be "lesson" learned...they say kreative people don't spell so good (=

Thanks for the comments. I heard from several people yesterday regarding "influencers" - the strong mentors and leaders who helped shape careers. Thanks to Kid Rock and Stephen Clark for reminding us about what's important in our careers and in our lives.