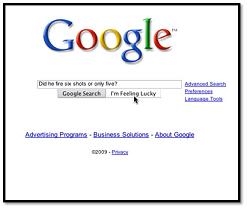 When you think about what Google was and what they’ve become, it’s pretty damn amazing.

Remember, they were not the first search engine by a long shot, but their opening page was so simple and that “I’m feeling lucky” choice communicated to us that the creators were different and had a sense of humor.  It’s amazing that all these years later, it’s still an option when you search.

But Page and Brin didn’t stop at search, and that’s the amazing part of the story.  There have been so many initiatives – Google Earth, Google Maps, Android, Gmail, Orkut, Google Buzz, and the list goes on.

Google has become one of the most powerful, best known brands in the world.  And their original mission - "to organize the world's information and make it universally accessible and useful" – remains in place today. 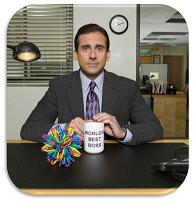 Recently, Google has launched a new program for bosses and managers.  And because this blog covers a wide range of topics related to media, managing staffs – whether in radio and TV, or in other endeavors such as mobile app development – some of the universal challenges apply to us all.

Namely, hiring the best people, keeping them motivated and challenged, and hopefully, hanging onto the best of this group by creating the right environment for creativity, reward, and fulfillment.

We all face challenges in this area; whether you run a company like mine or the one that you’re managing or the department that you’re overseeing.  And if you’re one of those who reads this who manages no one but reports to someone on a flow chart, you know this situation all too well in reverse.

So, to help us, Google has used their incredibly complex search tools to cull their version of management best practices to help us in these endeavors.  The New York Times published these recently as “Google's Rules.”

And while your first blush response to some of them might be that they read like statements of the obvious, that’s just the point.  They are familiar to us because we know in our heart of hearts that they have the ring of truth.  So here are those rules for management. 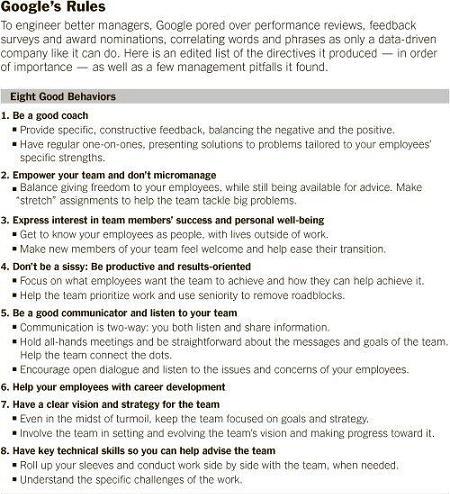 Google’s other slogan – “Don’t be evil” – is often a more difficult one to live up to.  And it’s something that all managers could add as a 9th rule.  Whether you’re overseeing a small airstaff, a cluster of stations, or 900 of them, there’s hopefully something here for all of us.

Something to think about on April Fool's Day because it's no joke. Thanks, Google.

I have to believe that as Google continues to evolve and expand it'll be increasingly difficult to maintain strict adherence to their 'don't be evil' mandate. But they are a great example of a wel-managed company. Great public resource, thanks.

Appreciate the comment, Chris. The bigger you get, the harder it is to maintain a company's soul. At least at Google, they're trying. Thanks for reading our blog.