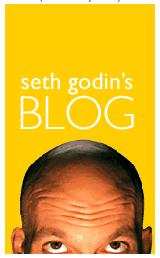 It is so easy to look good when you’re winning, when it’s easy, when the sun is shining.  But what about when you suck or the competition is eating your lunch or things are just going wrong?

Seth Godin suggests those times are a real window to your true personality.  As he so eloquently puts it, “The worst moments are your best opportunity.”

Our Detroit Pistons are experiencing this now, and it’s not pretty.  As everyone knows, the city of Detroit has been in a deep recession for several years.  Under these difficult circumstances, the Pistons have sadly acted out, underscored by a highly publicized, amateurish boycott of practice by a number of players several weeks ago.  There's drama on the players' bench just about every night, during a season that just won't end.

Many remember it wasn't that long ago when the Pistons won a championship and their blue collar, hard-working reputation was the envy of the league.  The truth is, bad behavior during a difficult moment can essentially reverse years of positive branding efforts.

And then there’s the industry in which you work.  Every business has had a tough go of it over the past few years, especially media.  Layoffs, disappointing ad sales, and other major speed bumps have been the norm, not the exception.

For those of you working in radio and other traditional media, you had the opportuity to see your boss’ (former or current) true colors.  How did he handle the adversity – with class, grace, honesty – or just the opposite?  Was she innovative during a time of stress and pressure, or did she rant, rave, whine, and make excuses?

Here at Jacobs Media, it’s been a lesson for us as we’ve had to endure some of the same “resetting” experiences as a company that many of you have gone through as individuals.  You learn a lot about yourself – how you handle the pressure, respond to the challenges, deal with your staff – and certainly a lot about your clients.

The ones who picked up the phone and had those tough, but honest conversations.  And the ones who used the recession as an opportunity to downsize, squeeze, crush, and ultimately prosper.

The industry knows who’s who.

The worst moments are your best opportunities to learn about yourself – and who signs your paycheck.