« Faster Than You Think | Main | “Don’t Hang Out With Knuckleheads” »

You Can’t Keep A Good Man Down

This morning's post is directly from the keyboard of Paul Jacobs, our resident sales pro who has spent an amazing amount of time in sales meetings, pitching agency business, and hosting advertiser breakfasts on behalf of our male-centric client stations. Here's his "take" on what radio can do to fight back as we announce the release of our newest research study, "Marketing To Men."

Most frequent lines heard from advertisers during my sales career:

1980s - "Baby boomers are a bunch of stoned hippies with no money. We're not targeting them."

1990s - "Generation X is a bunch of slackers with no money. We're not targeting them."

2000s - "Men are a bunch of lazy slugs with no money and women make all of the purchasing decisions anyway. We're not targeting them."

Most frequent line heard from me here at Jacobs Media headquarters:

“I'm mad as hell and I’m not going to take it anymore.”

One of the benefits of being around for so long is that you begin to truly understand where the logic ends and where the BS begins. That's always been the case with media buyers, but never so much as in the past few years, as credible agencies and clients actually bought into the canard that it is no longer necessary to target men because women control the purse strings.

(I’ll get into the "we-don’t-buy-aging-boomers insanity" in another post.)

Last November, after a series of market visits and conference calls with our Rock clients where all I kept hearing from salespeople was a desire for more female ratings so they could get on media buys, it became clear that stations targeting males were in trouble if they couldn’t change this wrong-headed perceptual momentum. I began to search around for research that supported the contention that men actually play a role in buying cars, homes, and more, but couldn't.

There wasn’t much. Out of that frustration, "Marketing To Men" was born.

As we have done for the past seven years with our Technology Surveys, we decided to go directly to the source - the audience - to learn the facts in order to arm Rock (and Sports) radio stations with the data necessary to demonstrate to advertisers the huge opportunity they are missing. After all, isn't that the purpose of advertising - to target buyers?

The survey was fielded in January and the results have been delivered to the stakeholder stations.  Now we want to get them out to you.

We had 40 Rock, Alternative, Classic Rock, and Sports stations send emails to their databases, producing more than 13,000 responses from men and women. Why women?

Because in order to gain a better sense of where men stand, we needed to measure the impact of women in the decision-making process. And we needed to determine the female perceptions of male contributions in purchasing.

What did we discover?  That men really don't fit that Homer Simpson stereotype promoted by advertisers as an excuse to ignore a demographic that comprises one-half of the U.S. population.  The infographic below tells many of the key storylines.

Here are some of my talking points from “Marketing To Men” – factoids that should jumpstart some conversations at the agency level:

There's a ton more data in the study, but it won't matter unless the sales staffs of male-targeted radio stations step up and push back against agency misconceptions.  For my entire career, it's clear that the media buyer's job is to tell account execs that their product is insufficient and has limitations.  It's the seller's mission to fight back, make a strong case, get on the buy, and earn a respectable rate.

Now when it comes to “the male question,” they have the tools.  If you work for a station that targets men, read it and become a male champion.  Stop wishing for more females to listen to your Rock station.  Not gonna happen.  You target men, and it's your responsibility to convince advertisers that they have bought into a myth and are missing a key market segment.  It's your best chance to change the demographic insanity that has permeated the advertising industry.

As Pierre Bouvard loved to say, “Perceptions are like glaciers - slow to form and slower to melt.” And the stereotype that men are lazy bums in black T-shirts who spend their days on the couch exercising their elbow (to tip a beer) and their thumb (to change the remote) while their wives are soccer moms with two jobs, raise the kids, run the household, and run all the decisions for the household need to end.  Advertisers are missing a huge opportunity because of these misconceptions, but so are male-targeted radio stations if they don't stand up, use this data, and fight back.

This was born out last week in a Wall Street Journal piece by Carl Bialik, "Who Makes the Call at the Mall, Men or Women?"  Bialik notes that the long-standing adage - "Women control 80% of the spending" - has very little substantiation or no one knows exactly how and where it originated.  As Bialik notes, "In addition to having murky origins, the number appears to be wrong.  Several recent surveys suggest that men have nearly equal say on spending, and that when men and women live together, both participate in spending decisions." 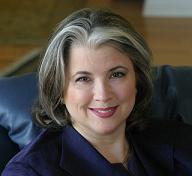 Bialik goes on to point out that this 80% figure can be traced back to Marti Barletta (pictured), a marketing consultant who specializes on women and her 2002 book, Marketing to Women, that offered the "fact" that women "handle 80% to 90% of spending and purchasing for the household."

Ms. Barletta told Bialik that she has no data or source to substantiate her statement, and that "It is sadly one of those rules-of-thumb numbers that everyone in the industry uses."

Enough already.  That's why we did "Marketing To Men."  Let's stop with the guessing, posturing, and false statements that morph into fact if you utter them, repeat them, and pass them along.

To all our stakeholder stations who came together to support and participate in this major research study, thank you.  You now have a great toolbox of data to push back, manage your image and your audience’s perceived value, educate your advertisers, and grow your revenue.

For those of you who “passed” on this project, we are truly sorry you missed out on this opportunity to better make your case.  The national data is on us, but the local information for your station and your market would have been invaluable. Male-based brands need to stand up and make their case.  We've given you some solid evidence in which to do so.

Maybe one day, we’ll do a follow up.  In the meantime, go out and get those buys!

I never understood the oft-used male stereotype, like "Home Improvement's" Tim Taylor or Ray on "Everybody Loves Raymond". Totally clueless, insensitive, zero common sense, fumbling buffoon who can't survive without his all-common sense wife. Are there chaps like this out there? Of course, but examples like these paint the picture as if most men fit the stereotype.

The tactic was always too cheap & easy for my taste (funny as those shows are).

Hey, it started with Dagwood & Blondie. And don't forget Archie & Edith. It's hard to believe these stereotypes have taken hold, but isn't it great that the purveyor of the wrong data has been called out? Maybe it's time to break through and "Man up!"
Thanks for the comment, JJ.