As we move into the final throes of American Idol for this year, Jacobs Media’s digital dude, Tim Davis, has some observations about a season that has ushered in some major changes for one of the most successful television shows in history. Here’s his “take” on this season’s Idol: 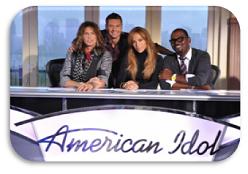 With the finale of this season’s American Idol under our belts and knowing that a country crooner now holds the title, it’s a great time to look back at the impact of rock on this season’s shows – most especially Classic Rock.

The ratings juggernaut has continued to plow through the competition and hold (nearly) steady with previous seasons’ ratings levels. But notable this year is the overt rock vibe – whether it’s Aerosmith’s Steven Tyler’s presence each week that has caused more need of a 7-second delay than all the previous seasons combined (all the while proving to be a truly sweet man and a great mentor to the aspiring singers), Casey Abrams doing "Smells Like Teen Spirit” on the Idol stage, James Durbin and his “ode to Metal” all the way through the Top 5, or the fact that (arguably) this year’s best talent who departed in third place, Haley Reinhart, is a Classic Rock chick.

Haley treated the Idol audience to rock anthem after rock anthem – and in the final three weeks, she posted a pair of Classic Rock titles in her performance:  Fleetwood Mac’s “Rhiannon” and most notably for its quality as well as being a first (Page/Plant have never cleared their tunes for Idol), she belted out Zeppelin’s “What Is & What Should Never Be” – with her dad on guitar no less!

So, if you are at a Classic Rock station and need a “story” to push the mainstream impact and appeal of this format in 2011, look no further than that of this young lady, with her father on guitar, playing Led Zeppelin & Fleetwood Mac in the semi-finals of America’s most viewed TV show. Clearly, the joy and timelessness of this music was shared by millions of Idol viewers, while helping to broaden an already massive viewing audience.

Even though we ended up with a pair of teen country singers in the finale, the truth is that for the most part, Season 10 of American Idol ROCKED.