More Than A Walkman!

Jacobs Media’s mobile guy, Paul Jacobs, takes a look at a new Google study about mobile – “The Mobile Movement.” Here’s his “take” on this great report and the changing mobile environment:

Google has just released a new study - "The Mobile Movement:  Understanding Smartphone Usage" - that provides important findings for any brand that has ventured into the app space, especially radio and other media.   For stations that merely have an app that streams, there is data that suggests much greater potential for the melding of radio and mobile. 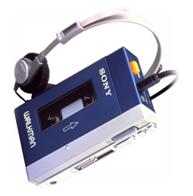 While it's in Google's best interests to promote mobile advertising and search (and this study has some great data on the revenue generation potential of smartphones), one particular data point caught my attention near the end of the survey.  It’s under the header, "Cross Media Exposure Influences Mobile Search."

When asked about what motivates mobile search (a function that two-thirds of these mobile respondents report doing), four in ten credit radio as the source.  This is just a shade behind television (43%) among traditional media sources.  This underscores that the potential for radio and mobile synergies is strong.

And it reinforces the notion that a timely radio message can drive behavior – especially among consumers with mobile phones.  We see this every day in our jacAPPS download statistics.  Stations that regularly promote their apps always excel in driving more listeners to the various app stores.  Radio remains very influential. 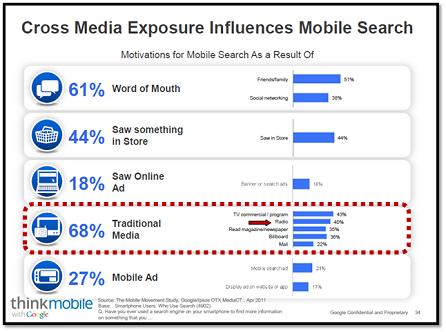 This is a huge finding for radio, and supports what our jacAPPS team has been telling its customers since the beginning - a mobile app for radio needs to be more than a Walkman.  The data in this study illustrate how consumers are using their apps for shopping and a myriad of other activities.

And with Groupon and Living Social crowding the industry's ability to attract traditionally non-radio businesses, this reinforces the need for radio to think of apps in multiple dimensions.  Back in the day – 2008 – a great radio app provided a logo, the stream, and perhaps artist and title information.

Today, apps need to do more.  That’s why we will soon be announcing a major partnership with a group that has created its own version of Groupon that radio stations will easily be able to incorporate into their apps.  This will allow individual radio stations to integrate mobile into their retail advertising arsenals.  And as the Google study shows, the marriage of mobile and commerce should be a long, happy one – based on current habits and behaviors.

Google has posted the study on a web site along with an introductory video.  Take the time to watch it, and absorb the data, and then think about ways that your brand’s mobile strategy can be upgraded.

You can access the study by clicking on the "Studies" link on the navigation bar.

Smartphone ownership is growing at a rapid pace, and so are consumers' expectations.  It's time to get out of the "radio box" and truly take advantage of the opportunity that's in front of the radio industry.  Groupon and Living Social aren't going away, but radio - and its locality, personalities, cume, and brand loyalty - is in prime position to fight back, compete, and even thrive.

The Walkman is dead – and while the mobile movement enables radio to become a bona fide portable medium again – it is essential that radio companies take a more expansive view toward building mobile tools that can satisfy consumers, advertisers – and yes, an even better bottom line.