jacAPPS head guy, Paul Jacobs, combines a little Motor City with a lot of Cupertino to discuss the differences between innovation and obsolescence in today’s blog post.

One my favorite apps (and yes, it's one we didn't build) is for Major League Baseball.  It's the best $15 I've ever spent.  As a baseball freak, I'm in touch with my beloved Detroit Tigers no matter what part of the globe I'm in.  As the 2011 season approached, I bought the new version and anxiously awaited opening day.

My brother?  Not so lucky.  He still has an iPhone 3 (we keep it around for testing apps).  Unlike the past two seasons, the new MLB app won't work on his phone.  (By the way, he can’t download the Delta Airlines app either for the same reason.)

In 1960, Vance Packard, who was a keen observer of the culture, wrote a book called The Waste Makers.  Packard called out corporations for "the systematic attempt of business to make us wasteful, debt-ridden, permanently discontented individuals."  Packard was referring to the practice of "planned obsolescence," where a company makes a substandard product knowing full well that it would break easily or quickly go out of style.  The practice, which was attributed to the auto industry, creates a system where consumers are either always chasing the next big thing, or simply need to upgrade old products, simply didn’t last long.  Ultimately, consumers became angry with the automakers because planned obsolescence became equated with shoddy, poorly engineered products.

I was reminded of this when I saw a study recently from the consumer electronics site, Retrevo.  They found that 6 in 10 smartphone owners expect their devices to become obsolete before their contracts expire.

This feels quite a bit different than what we experienced in the ‘60s and ‘70s, when cars started shaking at 40,000 miles and things stopped working.  Planned obsolescence back then was a strategy based on poor quality products and incremental change.  The consumer was pretty much trapped because of limited options - there were only three viable car companies back then. 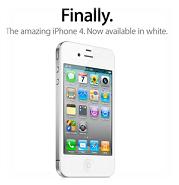 That's not the case with smartphones.  Their version of planned obsolescence is predicated on the unbelievable speed of innovation. The older models were designed to handle the available technology when they were created, but couldn't anticipate the greater demand and capacity that consumers continue to crave.

In this case and in these times, this modern-day obsolescence is indicative of a healthy industry and economy.  There is more consumer choice than ever.  Innovation abounds.  Smartphones are amazing.  Rumors spread about next generation smartphones and how they will change our lives.

Who can't wait for the iPhone 5?  What will Google do to respond?  What about the white iPhone?  What can BlackBerry do to get back in the game?

Will smartphones become more expensive, or will competition drive down costs, which will continue to fuel this amazing cycle?

Car buyers weren't feeling this way 40 years ago.  Obsolescence meant the consumer was screwed, and innovation was stagnant.  Why add new features and build a more reliable vehicle if you don't have to?  This mentality opened the door to foreign competitors and as a resident of the Motor City, we learned first-hand about the true cost of these business practices.

Today, obsolescence is synonymous with innovation.  In the smartphone and software development industries, it is defined by new products, features, speed, functionality, customization, and more.  Consultant Tomi Ahonen says that consumers replace their cell phones every 18 months.  And they do so gladly.  They look forward to the new models, loaded with cool new features and functionality.  And they brag about their new phones just like ‘60s guys showed off their new cars.

You have to wonder what Lee Iacocca thinks of all this.

Great points/observations, Paul. There is no such thing as "brand loyalty" when it comes to tech and value. I remember my father saying "My dad boughta Ford and we will buy a Ford." If Dad were alive today he would say "See who has the extended warranty and 0% financing." An "emotional" attachment comes through building a relationship. People truly react/care about three things: their home, their heart and their money. As an air-personality or a sales rep putting together a package. Focus on those three and you will see results.

Great comment, Danny. It is amazing how quickly things have changed over a couple of decades, and why brands need to adapt. Because consumers are changing as quickly as the technology is introduced. For Mother's Day we bought our mom a Kindle. She's 82. This isn't planned obsolescence for the book industry (printers and box stores), it's natural evolution. And by the way, she loved the gift.

I reminded of the Dennis Miller joke..."I bought a new computer and by the time I got it to my car it was an 8 track".

Yes, before he became a talk show host! Thanks, Tim. Hope all is well & thanks for reading our blog.