Shades of the Power Pig

In a recent media address at the Google I/O conference, Google Executive Vic Gundotra put this slide up for the room to enjoy: “High quality apps are the lifeblood of Android.”

“It’s great to be in a battle for the hearts and minds of developers.”

Those are fighting words, and they’re symbolic of the war that’s taking place between Apple and Google for mobile dominance.

It may remind radio vets of the famous battles for dominance that took place back in the ‘70s and ‘80s. 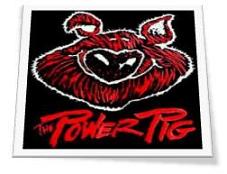 Like the Power Pig taking down legendary icon, WRBQ in Tampa.

People take sides in battles they care about.  And back in the day, choosing a radio station was very much a personal choice.

Today, it’s computers and smartphones.  That back-lit Apple logo on your laptop or Android dude on your smartphone says a lot about the type of person you are – or aspire to be.

You probably have seen this cartoon graphic, which speaks volumes about branding, imaging, and the competitive spirit: 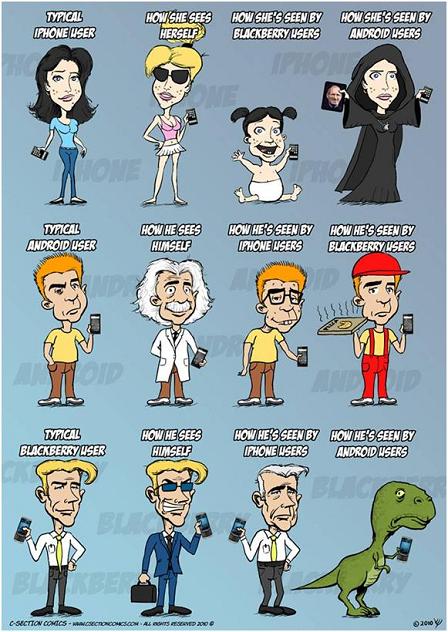 While each of these brands may not enjoy all of the different ways they are depicted, the tech wars scream about the value of brand definition and the ways in which consumers value them.

In research studies, radio still asks a lot of image questions that try to get at some of these same brand qualities – especially as it pertains to the wars between stations.  But the days when people defined themselves by the rock station they listened to are rapidly becoming a thing of the past.

It doesn’t have to be that way.  Radio may have lost its fastball in the last decade or so, but the medium continues to be viable for local information, new music discovery, big personalities, and capturing the moment.  The medium has valuable weapons in its arsenal and there are still many stations that make strong brand statements every day that keep consumers coming back for more.

As an industry, radio would do well to celebrate its biggest and best personalities and stations.  While the trades typically do this well, radio’s conventions are more often a collection of executives, consultants, and researchers, often missing the personality, the programmers, and the folks who are still making great radio.

At Apple, Google, and other tech companies, they celebrate their developers – content creators who contribute to energizing and growing the mobile space.

The good news here is that a high-pitched battle tends to be good for the overall space.  As WLS’s legendary programmer, John Gehron, once told me when his arch rival, WCFL, changed formats back in the day, the loss of a key competitor is often bad for the survivor. When there's no competition, bravado, and swagger, interest can wane. Everyone likes a good fight, enjoys taking sides, and defending their choice – whether it’s laptops, sports cars, and yes, even radio.

Of course, it’s hard to imagine that the street team at Google is going through the trash bins in Cupertino.  Isn’t it?