As traditional broadcast outlets continue to grapple with the competitive realities that come from new media players, their overall approach to advertisements really hasn’t changed a whole lot.

In fact, most radio sales teams are essentially selling the same products in the same ways they always have – 30 and 60-second spots.  Sometimes, advertisers run 12 or 18 a week, and other times, they go for longer campaigns for 13-week flights.

But most of the time, the creative on these spots is essentially the same as it was back in the ‘70s or ‘80s.  It’s the basic call to action, a simple dialogue, testimonials, fast-talking car dealers, jewelry store owners, mattress discounters, and other typical, timeworn approaches.

And we wonder why consumers do everything possible to avoid them.

We know that advertising works – certainly on a subliminal level.  Even consumers, who tell you in focus groups that they never hear commercials because they are constantly switching stations, somehow know what to buy as they walk up and down the grocery store aisles.

Yet, from a tune-out standpoint, PPM confirms what really happens when commercials air – the numbers drop as many meters “migrate.”  Of course, no one listens to radio for the advertising, and that's how it's been for decades.

But does it have to be that way?  If radio took a different look at its commercial approach, might there not be a way to rethink ads in formats that might actually provide value for consumers? 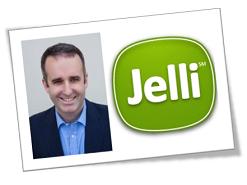 One guy who is becoming famous for taking a different look is Jelli CEO Mike Dougherty.  Jelli is user-controlled radio, which allows consumers to use online/social tools to vote songs up and down on participating stations.

Clearly, Mike sees the world of radio through a different lens, and that doesn’t stop with music programming and social media.  During a recent meeting, we were discussing why radio ads are so disdained by listeners.

And Mike has opinions about advertising and how it is positioned with consumers.  His idea?  Increase the relevancy of spots by making more of them “deals.”

When you think about it, millions of consumers subscribe to services like Groupon and Living Social – and they look forward to receiving their daily deals in their email boxes.  A study from Yahoo! Mail and Iposos OTX MediaCT back in February confirms this. Of those who subscribe to these emails, nearly half reported they "can't wait" to check out deals. We cannot fathom that kind of enthusiasm for radio ads. 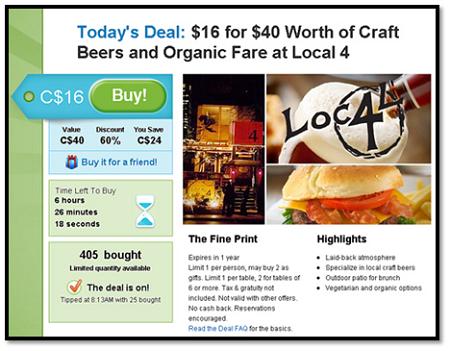 The economy has toughened and changed all of us.  We're always looking for ways to save some money, whether it's a coupon, discount card, points system, or any way to get a little rebate on the goods and services we use.  Insane gas prices simply reinforce the need for great deals in whatever we buy.

So, repelled by spots, but attracted by deals.  Shouldn't radio's DOS' be strategizing new and different ways to market their inventories and their content?  Imagine radio reps working with traditional (and new) advertisers to convert some of their creative from annoying, repetitive messages that often shout at the audience into compelling, relevant deals?  And in the process, create a rev share piece so that as advertisers (or "deal makers") prosper from listeners who take advantage of deals, the station benefits, too.

They might even envision creating an entire commercial cluster of deals instead of spots.  Or perhaps an hourly deal that gets well-positioned, and perhaps even creates some tune-in rather than tune-out. Imagine listeners looking forward to this hour's deal.

As big online companies like Groupon, Pandora, and Google refocus their efforts on the local marketplace, radio is going to have to do more than stand pat and continue to cram 10, 12, 14 and more traditional spots down the gullets of American radio listeners every hour.

Mike Dougherty’s idea – “Deal with it” – might just be the beginning of a solution set for radio’s advertising challenge.  Instead of plowing along, doing it the way we've always done it, rethinking what is possible and learning from the success of these online coupon companies could be a step in the right direction for broadcast radio. And with great cumes, solid production values, and perhaps even a fired up local sales team, radio might be able to out-Groupon Groupon.

It's time to start taking a hard look at innovators like Pandora and Groupon and dream up ways to combine some of their better features with radio's great content, reach, and brand equity.

A brilliant post Fred. We work so hard to make the 46 minutes we get for programming to be as good as possible, and no one is working to improve the other 14 (or 16, or 18) minutes. Your clients should put you in charge of improving/programming all 60 minutes -- it would become a huge strategic advantage for them.

Kudos, Fred. Thanks for the spot-on post. Putting imagination and creativity to work always offers an exceptional ROI. No good reason why radio can't get a bigger share of the local direct ad spend and more first-time advertisers.

Andrew Mason (Groupon CEO) has reimagined that old well worn shoe of retail pricing promotion - the coupon. What's most impressive about his venture is certainly not the tech platform (email & credit card processing) but rather the clever creative approach and the aggressive local selling. Mason's stated objective is to "change the world" in part by helping local business owners to get response from their advertising and by helping Groupon users "discover" their market. Groupon works collaboratively with clients, they're in the business of consultive ad sales. This year he's pacing to bill $4 billion.

I'll leave you with two thoughts.

Starbucks spends more money on training than on advertising.

Thanks, Larry - there is a lot to be said for programming the rest of the hour - especially the part radio monetizes.

The "worst recession since the Great Depression" has clearly opened the door for Groupon, Living Social, etc. Through adversity comes opportunity. Radio's local presence and sales teams could redefine the advertiser relationship. Thanks for your comments.

A very insightful post Fred, I see multiple parallels here from the programming side as well. For example jocks are told to be creative and make every break count. Same should apply on the advertising side, as you said if listeners had the same enthusiasm for the ads as they do for "checking out deals in their email" there is potential for things to improve. It is definitely time to think outside the box and ramp up the learning curve.

Thanks, Katie, for joining the conversation. We have to work on making that 12-14 minutes of each hour more entertaining - and more effective for advertisers. We spend money and time on the rest of the hour, but just let the commercials go. And we know the result.

Glad you are part of this parade Fred. We are an instant gratification society. Sell :30's and :15's. People won't even give a You Tube video :60 of their time. This is where a station has an advatage if they truly do have a creative production department. Sales do your part as well. There is more to making the sale than filling out copy points on a production order. A happy customer is a repeat customer.

A world where radio yields results for advertisers & actually creates a sense of anticipation among listeners is a great goal. A win-win for the audience and advertisers is attainable, and Groupon is proving that. Thanks for reading & commenting, Danny.

I will agree with you, there is nothing more annoying than car dealers screaming at you. Converting scripts to relevant deals? Whatever happened to writing ads that weren't laced with platitudes or trying to be funny. How about ads that tell me why I should shop at ABC company and how it will solve my problem or fill my need. If it was all about deals, wouldn't we be all be shopping at Walmart and wouldn't Rolex, Mercedes Benz, Lexus and so on be out of business?

Thanks for weighing in, BB. No question about it - the quality of radio ads have fallen in recent years. And I'm not saying that ALL radio ads should become deals. But some of them most certainly could, they might sound better and be more effective, while breaking up the monotony of a typical radio cluster.

Appreciate you taking the time to comment and reading the blog.

In our radio group I sell the radio schedules (most are annuals) and I also write my clients' ads. Who better to write the ads than the person that spends the most time with the business owner. We've been trained by some of the best in copywriting and creative persuasiveness. If more radio groups did it this way...the ads you heard wouldn't be so stinky and forgettable.

I have clients tell me that their customers can't wait to hear their next ad! It's not easy to find someone that can sell AND write good radio copy. But when you do, the client benefits with ads that actually work, and the radio station benefits by long-term contracts and low attrition.

The other radio groups I'm familiar with, hand their new ad reps a copy of the yellow pages and tell them to hit the streets or get on the phones. That's why their turnover is so high. When radio is done right...with strategy...and patience...great things happen. Sadly, very few radio managers and CEOs know this.

Thanks for weighing in, Duane. No question about it - more time, attention, & training would go a long way to making better advertising and happier advertisers. You'd think that after 15 years of consolidation, radio would have commercial beet practices in place.

But I think the "deals" concept is very viable as a way to turn radio's traditional advertising model on its side. In your case, rethinking some of those strong client relationships you've nurtured into additional revenue opportunities that may garner success. Groupon will come to Sioux Falls one day.

Thanks again for reading & commenting.