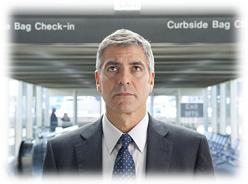 I’m a Delta guy, largely because they’re hubbed in Detroit.  Like with Northwest before them, I’m your typical Platinum frequent flyer who is virtually oblivious to cabin announcements, seat belt instructions, and all the other formalities of air travel.  Like George Clooney in Up In The Air, except for the physical looks and hot girls part.

But recently, I found myself on a Southwest flight, and while I dislike the lining-up-for-an-open-seat policy, I was actually quite surprised – happily – by the experience.

Before we took off, our captain stood outside the cockpit sporting a loud airplane-themed tie, and started to walk us through the weather information back in Detroit and our flight route.  And to conclude his speech, he said something that totally blew me out of my airplane haze:

“I know the shortcuts.  And I’m gonna drive it like we stole it.”

Talk about cutting through the usual cockpit blather.

But that’s Southwest for you.  And I noticed that in the cabin, the loose, informal attitude exuded by their employees has an effect on the passengers.  People become friendlier in a less rigid, bureaucratic environment.  For a moment, flying actually feels like it could be fun again.

And as it happens, Southwest is celebrating its 40th birthday this month, and their magazine (named Spirit of all things) is loaded with stories and pictures about their very successful four decade run.

In an article titled “40 Lessons To Learn From Southwest,” they lay out their techniques and successes – and there’s some good stuff here for brands that are trying to stand out from the pack in a dog-eat-dog industry.

Here are a few examples that should resonate for us in media from Southwest’s “top 40” lessons:

12. Gain talk equity. This speaks to word-of-mouth before we called it that and this airline understood its importance decades ago.  Southwest’s “free spirited, maverick, irreverent, sexy” vibe created a saucy image that people buzzed about.  It was different from the formatted, rigid ways in which all other airlines acted. Southwest makes the average person view air travel as fun and something for everyone.

15. Invent your own culture and put a top person in charge of it.  In Southwest’s case, it was Colleen Barrett who was originally former CEO’s Herb Kelleher’s legal secretary.  Colleen was the litmus tester for Southwest’s tone and culture.  She focused on everything from gate agent behavior to the company’s legendary Halloween bash.  Every brand needs a Colleen – the “vibe sheriff” who impresses that attitude on everyone in the organization.  So often, we encounter media brands that are defined differently by various staffers. The result is confusion, blandness, or both.

25. Get into fun advertising wars. Like those classic ads for the VW Bug, Southwest’s ads were famous for channeling the competitiveness of the airline business into frivolous, humorous, but often on point – like the one pictured here.  You’ll never catch Southwest doing “Your Favorites Commercial-Free” type advertising.  Their ads reflect that fun, irreverent vibe.  And they stand out from the crowd.

28. Put the worker first. Southwest is the most unionized airline but brags about its “amiable relations” and flexible work rules.  It’s interesting that in all literature they put out, words like Employee and Flight Crews are always capitalized.  This may sound like lip service (including their version of a mission statement), but the more you observe Southwest employees, you actually see this in action.  Seriously, have you ever run into a surly Southwest gate agent or aloof pilot or snooty flight attendant?  Probably not.

35. It’s about Customer Service, not “scalability.” Note that the word Customer is always capitalized, too.  Southwest typically ranks low on the consumer complaint ranker.  CX – or Consumer Experience – is a big deal in the airline industry, too. It’s something that radio needs to address – and not just with words, but with actions and attitude.  The world is waking up to the reality that the customer is in the driver’s seat – or cockpit.

Tomorrow, we’ll look at another airline that also is famous for taking risks.  The question is whether their style and attitude works for them or actually gets in the way of their success.

If their flights are late, they usually give passengers free drinks. Additionally, they don't automatically charge a change of ticket fee like the other brands. While I have to fly all the airlines, SW is my favorite. Wanna get away?

Heard this one on a SW flight last year - flight attendant doing his pre-flight monologue:

When I was living in LA and working in Silicon Valley I used to fly SWA twice a week. They were always great. A couple of anecdotes:

* Favorite line from flight attendant -- after a particularly rough landing she announced, "Please remain seated while Captain Kangaroo taxis us to the gate."
* After a delay at the gate the agent announced: "Our wheels up time is in 15 minutes, if it takes longer than 10 minutes to load and push back, we'll be here at least another hour." You never saw 132 people move so fast or cooperate more fully." So even the customers pick up on the "culture" of SWA.
* On the last flight of my regular commute I had several books full of free drink coupons. I handed them to the flight attendant and "bought a round" for the plane. She made an announcement and I was never more popular in my life.

That is a company that truly "gets it" with regards to the customer relationship.

Bob and Rick, thanks for the comments. And I loved those one-liners. The fact that you can take away experiences from a task that has become mundane and dreaded speaks volumes about how Southwest has elevated their game over the years.

Our brands need to do the same thing. Language is a powerful tool and when we communicate in a fun, attitudinal way, we're not broadcasting - we're connecting.

You failed to mention that Southwest is one of the few (if not the only) airline that makes a PROFIT!

Its good that they dont allow smoking in FAA