« The Social Media Experience | Main | How Did I Get Here? »

Today’s post was co-written by Fred and Lori Lewis, Jacobs Media’s social media whiz, who always advises that when it comes to tech, do the right thing.

Is that a hacker in your account or are you just happy to see me?

As you have no doubt heard by now, Congressman Anthony Weiner (D-NY) had been tweeting about a hockey game last Friday night when a picture of a man in his underwear awkwardly “popped up” in his timeline.

It turns out this lewd photo was addressed to a woman in Seattle that Weiner follows on Twitter. While it was removed, it was too late. It had already been shared everywhere, and now this situation has spiraled out of control.

While Representative Weiner initially said his Twitter account was hacked and now claims the photo was a “prank,” this incident becomes just one of many digital faux pas that have been perpetrated by clueless politicians who just don’t seem to understand the transparency of technology. 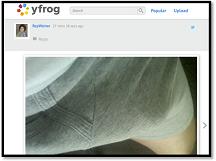 The photo, stored at Weiner’s alleged yfrog account, is connected to his verified Twitter account. So whether this was some sort of hacker prank, the reality is that Weiner’s ensuing press conference was totally botched and he has apparently never reported this incident to legal authorities.  For that alone, his behavior puts him squarely on the growing list of dumb politicos who just don’t get it when it comes to technology and digital channels.

He’s not the first, and at the rate we’re going, he won’t be the last. Don’t these guys understand that in the digital world, nothing remains secret for long? 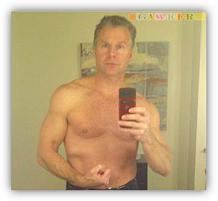 But somehow, these things keep happening. In February, former Congressman Chris Lee (R-NY) posted this picture (right) on Craigslist, apparently unaware that anyone of importance might recognize him.  He quickly resigned a post that he more than likely worked years in order to reach. The photo looks like something you’d see mocked up on Saturday Night Live, but in fact, Lee’s reality is funnier than anything that Seth Meyers could dream up.  But to his family, friends, staffers, and supporters, it is not funny – it’s just plain stupid.

Here in Detroit, you probably remember our former mayor, Kwame Kilpatrick and “sexting” escapades with a former co-worker. Now he’s in jail and we have a new mayor. Once again, Kilpatrick was seemingly unawarethat his texts might become public, sullying his reputation, humiliating his family, and chasing him out of office.

But our leaders’ disconnect with technology goes back decades, and speaks volumes about how they can seemingly set policy when they often don’t understand the first thing about media, gadgetry, and the reality of transparency.

Case in point: When the first President Bush visited a grocery store during the campaign and was wowed by “that thing” – a price scanner. He had never seen one before, and in front of the world, demonstrated that he was out of touch with technology. (Some say that he wasn't actually amazed, but the story certainly stuck, marking him as a politician who was behind the curve when it came to even the simple technology that all of us "regular follks" encounter every day in grocery stores.)

But the most critical gadget gap occurred during the Nixon Administration. As you may recall, the President authorized audio taping in his office, for the purpose of having all those critical meetings archived for posterity.

He and his minions never realized that once recorded, those conversations could eventually make their way into the media, thanks to reporters like Woodward and Bernstein. “The Nixon Tapes” were the beginning of the end, necessitating the first Presidential resignation in American history. And above and beyond the arrogance and stonewalling, a lack of understanding of the realities of technology was a big part of the root cause of Nixon's downfall.

It makes you wonder whether President Obama’s insistence on retaining his BlackBerry won’t one day come back to haunt him – or perhaps be the basis for a White House memoir.

In any case, Representative Weiner’s gaffe brings to mind the ongoing need for media leaders to do whatever’s necessary to learn the tech ropes, and become competent, conversant, and even expert at new media channels – from texting to social networking to mobile. If they’re going to lead rather than follow, be proactive and not reactive, and develop a vision for their companies and their brands, learning from former political icons like Nixon, Bush, Kilpatrick, Lee, and soon Weiner isn’t just smart – it’s essential.