We’re living in a business world that is changing so quickly that it is sometimes hard to comprehend exactly what we should be thinking and focusing our efforts on.  Sure, we all have goals – ratings, share of market, sales numbers, EBITDA, and all that. 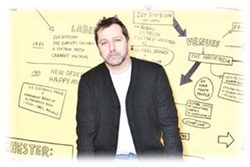 That’s the easy part, and if we keep our heads down and our eye on the proverbial prize, perhaps we can attain some level of success.  But in the bigger picture, the changing landscape often makes it different to know exactly what should be our top priority at any given point in time.

Most broadcast professionals are focusing their efforts on the product or the “mother ship” as our Lori Lewis refers to it.  But now, another voice from the wilderness comes along to shake up our worlds – just a bit.

Now given where we’ve been, this is equivalent to the old “man bites dog” headline.  Can you believe the audacity of this guy to make that statement in AdWeek, no less?

But when you hear Johnson talk about relevance over content, it strikes a chord that will have you nodding:

“I’d say the emphasis is on relevance and usefulness. The danger with the content story is—the most powerful thing you could do to me as a brand if I went to [a music festival] is you could chill my beer for me. If you pursue ‘content,’ you won’t come up with that idea. And if you go to the airport and get power from Nokia or Sony, that’s much more meaningful to me as a brand. I think content steers you away from that. I think content is a subset of that, if it’s relevant and useful. But the more fundamental thing is for brands to have a meaningful relationship and engagement with their audience.”

That quote crystallized some of the ideas that have emerged from Techsurvey7 about brands, relationships, and the ways in which our audience wishes to engage with our stations.  We can play the right music, have entertaining morning shows, and give away desirable prizes.

But in fact, we may provide even greater benefit at times by making listeners aware of the best restaurant and entertainment deals in town or help them get a great parking space for the McCartney concert at Comerica Park.

And don’t lose sight of the last part of Carl’s quote – the need to have “a meaningful relationship and engagement with the audience” starts with understanding who they are and what they want. 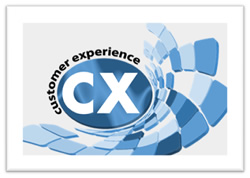 Too often in media, we ask the questions that we want to know the answers to.  What’s their favorite song?  Which station is the concert authority? Which DJs are excellent, good, fair, or poor?

But we often fail to ask how can we better serve the audience in a myriad of ways.  What type of relationship do they want with our stations?  And how do we go about fulfilling these needs?

Isn’t that why the Shazam app works?  Sure, it’s cool and fun to show others who don’t have a smartphone.  But in fact, Shazam solves a problem.  It helps to identify songs wherever we are and whenever we need to know – whether we’re at the gym, in a restaurant, or yes, listening to the radio.

CBS Radio’s Dan Mason’s idea to make artist/title information mandatory on his music stations seeks to fill a need – to be relevant and useful to consumers.  You could find this out in any research study you conduct among your audience or by doing focus groups or Listener Advisory Groups for that matter.

So maybe content is queen, but usefulness and relevance should be elevated in their importance – becoming a conversation point in every strategic meeting at your station.

Thanks to Dave Martin for tipping me off to Carl Johnson.

Last week Mark Zuckerberg talked about what’s next for Facebook. Paraphrased he said –
“Facebook doesn’t create or get into businesses like music or movies. We provide the platform to talk about the things people talk about and engage on. Facebook is focused on social activities like games, movies, music, photos and books. All are social activities and Facebook is looking for more ways to increase engagement with its users. Facebook’s job is to mimic what people are talking about”.
All deep relationships are about sharing things of relevance. So Facebook is partnering with creators of social content. Spotify for music, Zynga for games, Netflix for movies, Skype for video chat etc.
Radio is the original platform for sharing. Radio could be and should be working on partnering with the social content creators already available on the Internet. Read Mark Zuckerberg’s vision again and replace the word Facebook with radio and you have a road map for relevance now and into the future.

Great, insightful comments, Mike. Thanks for providing the perspective and for contributing to our conversation.

“a meaningful relationship and engagement with the audience?”

Very interesting. I would offer that Mark Zuckerberg has harnessed the organic computing and convening capacity of his users - the platform is just the staging area. We may not totally trust MR. Z, but we trust our friends.

Radio people used to act, in part, as human conveners. They were your friends. Apps alone will not create relationships - can radio get some of that back?

Scott, for too long, we've been broadcasting - and not connecting or engaging. Local radio needs to nurture relationships again, especially in the face of global competition. With our databases and local roots, it is doable. And you're right - doing podcasts, launching apps, and streaming doesn't build communities. Thanks so much for contributing.