JacoBlog - Jacobs Media's Blog: I Am Lion, Hear Me Roar

I Am Lion, Hear Me Roar

Today, thoughts on Apple's latest major offering from Jacobs Media's Mac-Geek-In-Residence, Ralph Cipolla, and why our laptops and desktops are “Goin’ Mobile.”

Last week, we saw the much-anticipated release of Mac OS X Lion, Apple's latest iteration of the Mac operating system.  Now if you’re not an “Apple Person,” you might wonder what this could possibly mean to you.

When smartphones came out, they mimicked computers in many ways.  The release of Lion accelerates the reverse trend.  Your desktop and laptop are looking more and more like your mobile phone or tablet.

It is statistics like the chart below that tell the story.  Smartphones are overtaking regular computers.  That’s going to have a direct influence on how your computer looks, feels, and operates.  And it’s not a surprise that Apple is leading the way. 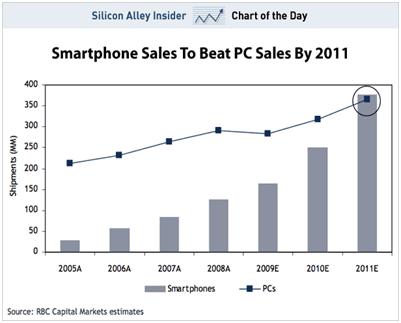 With Lion, the mobile experience is moving to our laptops and desktops.  And even if you’re a PC user, you know the influence that Apple has on the world of computers.

Here are three big things about Lion and what it means to you:

1. Up In The Cloud:  Lion isn't available in a box, like Snow Leopard and every Mac and Windows operating system released before this week.  You download it from the online Mac App Store.  Once you make an App purchase, from the $29.99 Lion update to any of the free Mac Apps, it resides in the Apple Cloud.  This is how the iTunes Store will soon operate when it comes to all your songs, videos, TV shows, movies, and App Store mobile apps - all your content stored in one place, available for download and use on all your devices - MacBook, iPhone, iPod, iPad, etc.

2. Lion & iOS: Lion users will note a stark similarity between their late-generation iPhone or iPad when it comes to look, feel, function, and organization of programs.  One of the big functional and aesthetic advances in Apple’s last major mobile OS release was the ability to group apps into folders and organize them across scrolling desktops.  That’s essentially what Lion is all about on desktops and laptops. 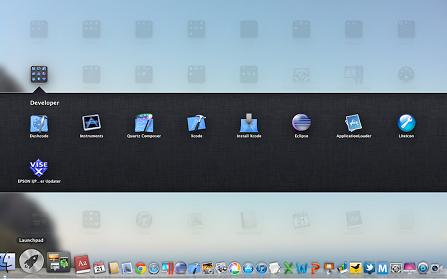 3. A is for Apps: In 2010, linguists declared that the word of the year was app.  Apple seems to agree because anything you install in Lion is called an “app.”  Microsoft may still call them programs, but the operative word is now apps.

So here’s where it’s going: the manner in which Apple’s mobile devices operate, navigate, organize, look, and feel is setting the standard for all computing devices whether they fit in your pocket or sit permanently on your desk at home or work. 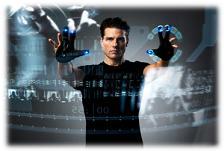 You download "apps" and content from the iTunes Store, it lives in your account in the Cloud, and it's readily available for use across all your devices.

The world of personal computing is now “Goin’ Mobile.”

As your Lion-powered Mac computer now navigates more like a mobile device, there’s one exception – you can't touch the screen directly with your fingers and manipulate data.