Way back in 1999, Scott McNealy, the co-founder of Sun Microsystems, gave this amazing and prescient quote: "You have zero privacy anyway. Get over it." In today’s post, Jacobs Media’s resident social media maven, Lori Lewis, talks about how privacy and the web have only become more controversial during the past decade.

Whether it’s online or out in public – there’s nothing private today. Every day in the news, it’s everything from the cybernated slop of an unintended tweet to ordinary people gaining 15 minutes of fame for making out in the middle of the Vancouver riots.

Life is no longer the unrestricted playground that we all grew up with. Surveillance cameras, cellphone snapshots, and facial recognition for emails, texts, status updates, and tweets are exposing behavior we thought was occurring in the dark – but now coming to light. 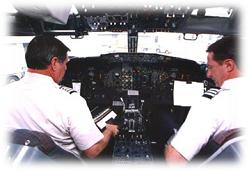 We are facing the loss of anonymity. You would assume this trend would lead to more civility, but recently, Southwest Airlines VP for Flight Operations, Chuck Magill, had to issue an apology over what was described as an isolated incident. One of their pilots thought he was having a personal conversation bashing flight attendants above 10,000 feet (where personal conversations are allowable). His rant was intended to be private but it was heard by other airplane crews and controllers. Of course, it was ultimately reported, even though it occurred back in March.  I’m sure all parties were hoping this wouldn’t get out.

But of course, it did.

Most people just don’t get technology and its implications.  And because no one’s perfect, we make errors in judgment. Today’s technology is showcasing and amplifying these poor decisions. Brian Stelter recently wrote a great piece for the New York Times - “Upending Anonymity, These Days the Web Unmasks Everyone.”

In the article, Stelter notes that “the collective intelligence of the Internet’s two billion users, and the digital fingerprints that so many users leave on Web sites, combine to make it more and more likely that every embarrassing video, every intimate photo, and every indelicate e-mail is attributed to its source, whether that source wants it to be or not.”

I often hear people say “I only use Facebook for personal use.”  But that’s a fallacy because there is truly nothing private about being social. 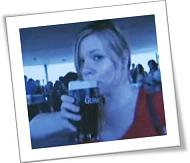 Ashley Payne, a school teacher in Georgia, posted pictures of her drinking with an expletive on her “private” Facebook page.

She failed to realize that other teachers she “friended” took screen shots and turned them into the principal of her school. Ashley was asked to resign over her “Facebook behavior” as it was considered unbecoming for a “role model.”

This is just going to keep getting worse if we don’t accept the reality that the Internet is not an unrestricted playground, but in fact, a digital open book into our lives and businesses. In fact, the Federal Trade Commission has approved a startup called Social Intelligence to keep files of Facebook users’ posts as part of a background-checking service for screening job applicants. This is the same set of rules that record how you pay your bills that are kept on file with consumer bureaus for seven years.

Last year, Huffington Post ran an article about 13 people who were fired because of Facebook postings. And that doesn’t include Anthony Weiner and the others who have lost their jobs due to the digital debris and faulty decision-making that complicates their lives. 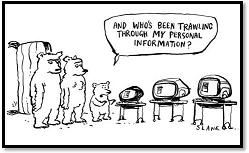 For stations and air personalities, digital interaction with the audience provides a great opportunity to connect with listeners and fans in new and more meaningful ways. But it comes with cautions and pitfalls that need to be understood. While radio companies and their legal departments are constantly on watch about what’s said over the air, few of them are in the know about what their staffers and DJs are saying in Facebook posts, tweets, or even blogs.