The Fatigue Of Social Media 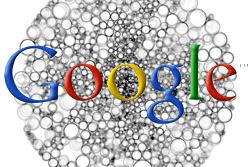 Last week, our Lori Lewis put together a nice post about Google+ and what it may mean for all of us.  Despite Facebook's ability to totally permeate our lives, you have to give Google credit for trying to innovate with this new service.

Facebook may very well respond to Google's newest stab at social media greatness, especially with their own version of "Circles."  But maybe that misses the point.

RAMP's Keith Berman commented on Lori's post, some of which appears below:

(Google+) is yet *another* service where people will have to put up all their pictures, profile particulars and start from scratch in building out their information -- have people been with Facebook so long that they've hit social-media fatigue and won't want to switch over? Personally, I don't have the time or the inclination (and have other areas to spend the time & effort) to set up an entirely new full profile, which is why my Google+ profile is fairly bare-bones at the moment. I've already spent years building up my Facebook profile and connections, now I have to start all over again on Google+?

Keith's reminded me of being single, and the fatigue of meeting someone new after a breakup.  The time and effort it takes to get to know someone new - and for them to gain an understanding of who you are - isn't just challenging.

And perhaps that is Google's biggest speed bump.  Google+ may indeed have superior features to Facebook, but the amount of time it takes to set up a new profile, get acquainted, and create a digital presence so that people can "get to know you" in a new community is daunting.

And then there's Facebook's amazing heft.  Last year I asked my daughter if Facebook might be wearing a little thin with her and her friends.  She indicated she's spending less time on Facebook, so I asked her if she would ever consider dropping out.

She told me that while the thought of being off the Facebook grid has some definite appeal, it is simply unthinkable.  As she explained, her entire friends and family network is housed on Facebook, making it virtually impossible to leave. Her life and times float through Facebook.

And in the face of that reality comes Google's challenger to the throne.  And perhaps it's a good one.

But will we make the extra time necessary to test drive and learn yet another social network?  Let me know your thoughts about Google+ by leaving a comment.

While I've had a few invites to Google+ and have read much on it; have had a casual look at it, I honestly don't have the energy to spend much time with; especially when I'm interacting with the same people either on FB, LinkedIn or Twitter.

Your mileage may vary...

Interesting point. Early adopters will flock to Google+ and 193 million gmail users there is a strong pool of potential users. IF the young and fast among us like the platform and grow with it - Google+ could achieve a level of critical mass. That would force the "older" adopters to follow. So much depends on how Google integrates their other services into this platform - especially search.
Steve Allan
http://wp.me/p10rKc-fB

And yet, as Lori Lewis reminds us, Google+ could be the social network where radio gets there first - where on Facebook, it was consumers - and then radio jumped in. Thanks for taking the time to comment, Dan.

Back at you, Steve. There is a lot to be said for getting there first. Facebook is the 8,000 pound gorilla, but something new and exciting like Google+ just might have a chance. Appreciate you contributing to our blog.

Something worth mentioning is personal security. I have never felt comfortable speaking my mind on Facebook, knowing that anyone who could potentially influence my paycheck can read it.

Google+'s Circles seems to solve that problem for me. I just signed up and will slowly build a profile, but it definitely looks promising.

A lot of the same concerns expressed in this article were floated when Facebook started taking on MySpace. Everything old is new again.

No doubt about it, Joe. This speaks to the problem when challengers take on the incumbent. There does seem to be that "insider" aspect to Circles. For radio, the ability to create focused listener Circles based on music tastes, favorite DJs, & even preferences (local music, clubs, concerts, sports) provides more targeted messaging.

It's also a lot more work. Let's see who steps up.

Lori Lewis likes Google+ largely because this is a social network where radio get take the lead, rather than follow like we've had to do with Facebook.