Given all the exciting news in the world, as well as many of the stories rocking the radio and media sectors, MTV’s 30th anniversary may have gotten overshadowed.

Part of the cause may be the changing ways in which MTV has evolved over the years.  From music and video tastemakers to producers of some of the biggest reality-type TV shows, especially over the last decade.

To many of MTV’s viewers in recent years, the channel has been more about Beavis & Butthead, The Osbourne’s, and of course, Jersey Shore. 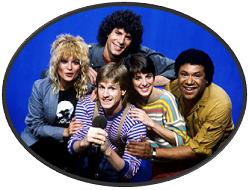 Lost in all of this is the impact that MTV had on an entire generation, not to mention its impact on the radio business.  Early on, I remember Les Garland speaking to a group of PDs at a major radio convention, explaining that MTV was complementary to FM radio.

But of course, that minimized the incredible footprint that MTV created – for music, lifestyle, and the explosion of multi-media expression of music.  After you saw the “Sledgehammer” video, it changed the way you perceived that song for all time.

Similarly, MTV’s VJs were something special, too.  Selected for their pop culture appeal, style, and diversity, that original lineup also said a lot about the value of personality to their network – and to radio in general.

Until that time, DJs were often heard and not seen.  Once MTV burst on the scene, looks mattered. 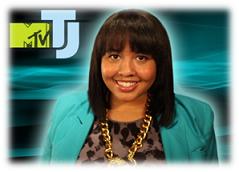 I was struck by a contest that MTV ran not that long ago where they searched for the best “TJs” – Twitter Jockeys – people who could do more than smile and look good in leather pants.  The winner – a non-MTV-looking young lady from Detroit, Gabi Gregg, symbolized that change was in the air.

But what about at your station?  Are you hiring with new skill sets in mind?  Or are you still looking for jocks with big pipes, familiar resumes, and commercial production skills?

What value do you place on their educational backgrounds, their writing ability, their talent in communicating in 140 characters or less, and their proficiency at creating online communities that can share your content and recommend your brand to others?

MTV’s big birthday is a reminder that the skills that mattered 30 years ago pale in importance to what is needed today.  Take the time to refine your concept of an ideal on-air personality in this changing environment. Ask yourself what qualities really matter in the next group of people you bring into your station.  And take the time to reassess your current staff to determine whether they exude the talents to make an impact in 2011.

Christmas is probably the most special day of the year for children. One thing that makes it special is the popular tradition of Santa Claus.

Time flies fast. Everything changes, ya nothing is forever.